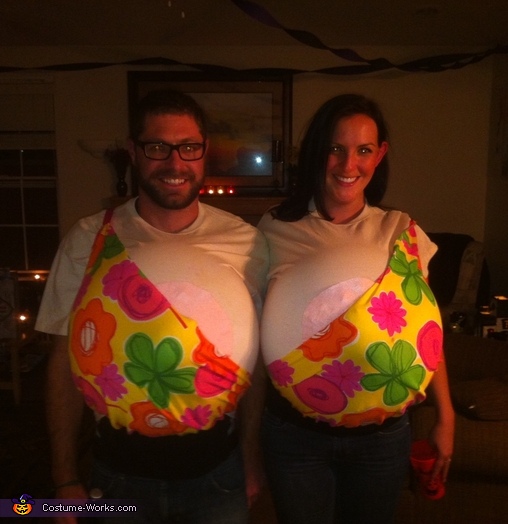 A word from Matt, the 'Boobs' costume creator:

My girlfriend and I decided we wanted to be something funny and different this year. We made our costume the day of the Halloween party. It was a huge hit!