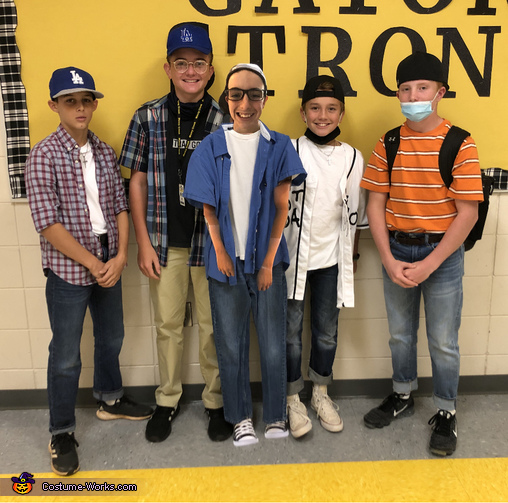 This homemade costume for groups entered our 2020 Halloween Costume Contest.

A word from Kathy, the 'Bertram from Sandlot' costume creator:

My son, Ethan, and his friends dressed up as the characters from the movie Sandlot. The boys have been playing baseball together for years, so it was only fitting. Their costumes cost little to nothing. Most used clothing they already had at home, but we picked up lithe other pieces from either Goodwill or Amazon.
One of the boys was in quarantine because he was exposed to a positive COVID case, but that didn’t stop him. He created a cardboard version of himself to still be a part of the group... because who is The Sandlot without Squints!?
These kiddos deserve to win!