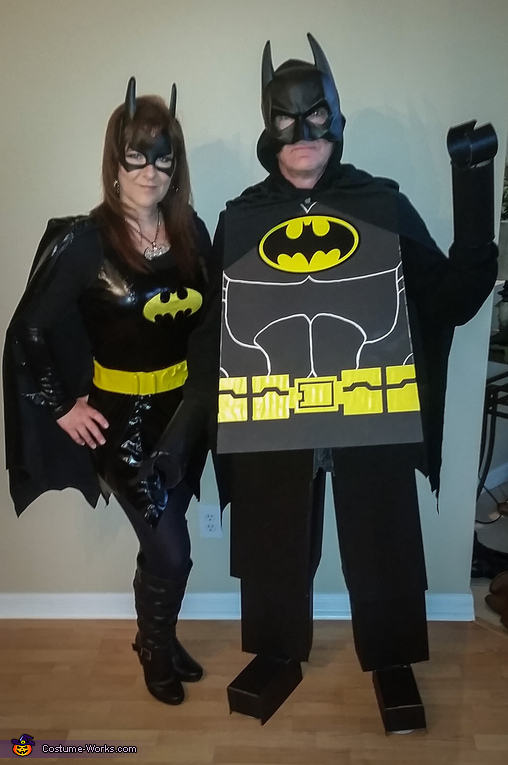 A word from Gillian, the 'Batgirl & Lego Batman' costume creator:

My parents dressed up for the first time in 6 years, and they sure went all out! The Lego Batman costume is 99% homemade...the only things that aren't are the mask and cape! For that costume (which took about a week to make), my dad used cardboard, paint, sharpies, tubes (for the 'claw' hands), and boxes to create the masterpiece, all with a photo of the cartoon at his side for reference. My mom has a store-bought costume, with some high-heeled boots and bat hoop earrings to complement. They did a great job, and put a lot of effort into their look!