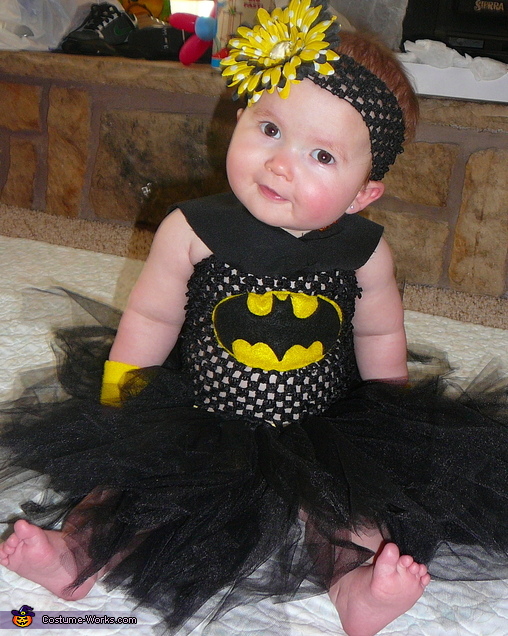 A word from Stephanie, the 'Bat-Baby' costume creator:

Our 10 month old baby girl dressed as bat-girl. I made a black tutu dress with a felt logo and flannel wrist cuffs. I also attached a cape and a yellow bottom piece.