Barbie in a Box
by Marina

Barbie in a Box
by Jackie

Barbie Bride in a Box
by Audrey

Barbie I Can Be Barbie in a Box Costume 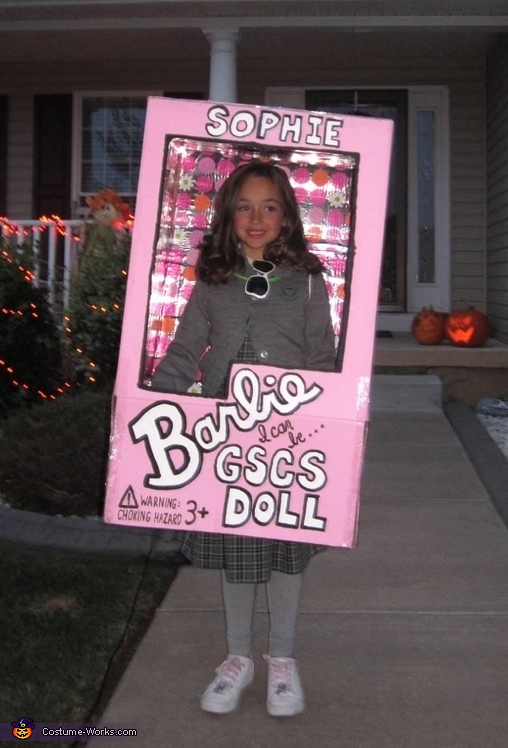 Barbie in a box costume

A word from Krissy, the 'Barbie I Can Be' costume creator:

My daughter dressed as a Barbie in a box. She goes to a catholic school so she was the I Can Be A Good Shepherd Catholic School Barbie. She wanted to be something different and unique but I can't sew so I hand to come up with something else that I could do that did not involve sewing. I bought a box from Office Depot, bought paint, cut it up, put wrapping paper inside it for the background, an old book bag and pad was glued inside along with pencil box, these were the accessories that this Barbie came with! She wore her uniform so no cost there! She was able to carry it with the rope that was placed on the back. It worked out because people thought it was just like a real Barbie doll how they attach them inside the boxes. It was a hit! We still have it and can't let it go just yet. It took about a week to make and prob under $40!! I did google ideas on how people made their version of Barbie in a box but I kinda did my own thing!