Bane from The Dark Knight Rises
by Raymond

Bane and Poison Ivy
by Tj 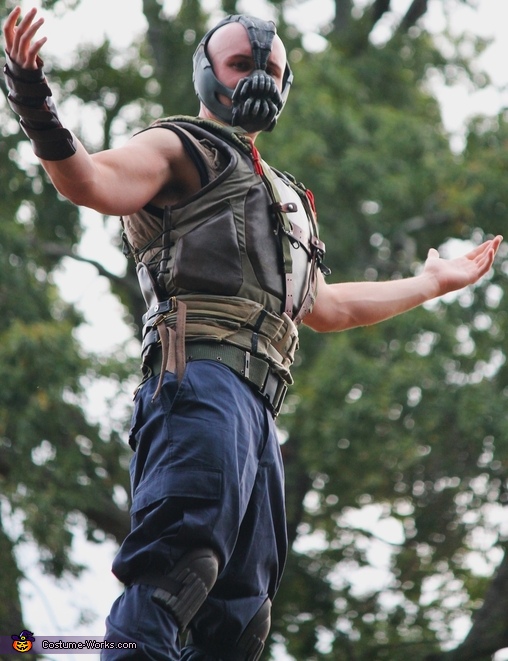 A word from Davis, the 'Bane' costume creator:

My costume is based off of Tom Hardy's "Bane" character from the latest batman movie, The Dark Knight Rises. The vest, armor, belt, etc was all home made from scratch. It contains several materials (including vinyl, nylon, and even some carpet padding) and was all sewn together at home. The mask was molded by GCFX and hand painted at home. I shaved my head and been trying to build muscle so I can look the part! I have put lots of time and effort into this costume to get it to look accurate, so thank you for considering my entry. I feel it applies to both the Homemade Costume and the "Coolest Adult Costume" categories. All of the pictures submitted are of me wearing my home made costume.