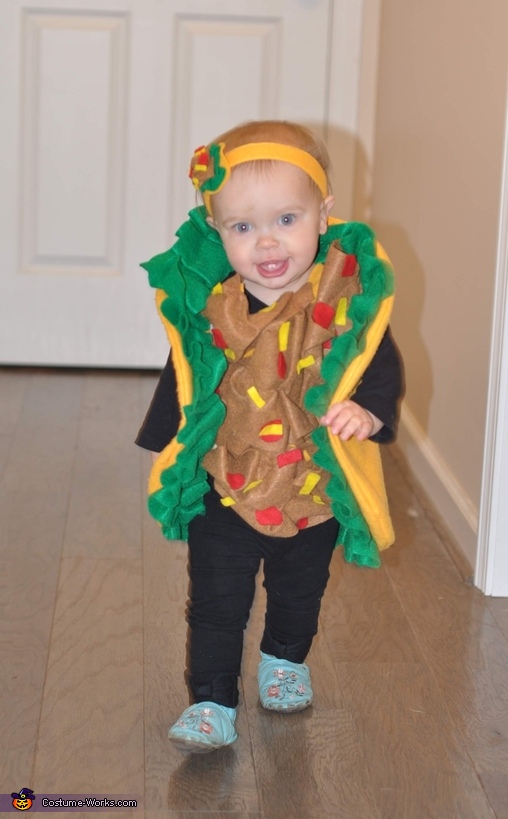 A word from Tammie, the 'Baby Taco' costume creator:

My daughter, Sasha's costume was inspired before she was even born. For the majority of my pregnancy, my then 3 year old daughter decided to refer to the new baby in Mommy's tummy as "Taco." We have no idea where the nickname came from, but it stuck. Apparently my older daughter knew what she was talking about because Sasha was born on National Taco Day. And so, a costume was born. I made the entire costume with about $6 worth of felt. I made the taco shell with a double layer of mustard yellow ovals with holes cut for her arms. I added a flap of fabric to cover Sasha's belly that was stitched on one side of the shell with velcro on the other side for easy on and off. I crinkled green felt around the perimeter of the shell and stitched it in place. I stitched bunches of brown felt to the front of the costume and hot glued red bits and yellow strips to the meat to be the tomato and cheese. I added a felt headband with taco toppings to finish off the costume.