The Faun
by Samantha 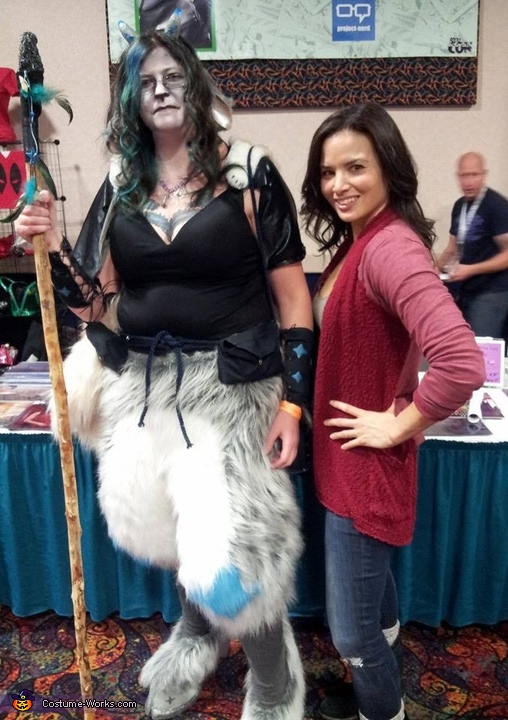 Posing for the camera at a local Convention

A word from Joanna, the 'Asteria the Faun' costume creator:

I made this costume for me to both show what I can do and to participate in contests and conventions. I love mythical creatures, and thought that a Faun/Satyr would be the neatest one. I even made it into the local paper!

I used faux fur, latex, LEDS and resin (along with a few sets of pants, a pair of 4 inch platform heels and a tanktop) to create the suit. It took about 3 months to make it with working on it at least a few hours every day.

The horns and hooves both have LEDs in them, with the horns glowing blue and the hooves having color changing LEDs. Many parts like the horn tips, hoof stars, staff accessories and even some of the fur glows in the dark and under black light!

Instead of using a mask, I did the makeup myself and used my own hair to complete the look.

I don't have an exact cost of making the costume, though it is roughly $90 - $120 worth of material that was both used to make the casts and put into the actual suit itself.