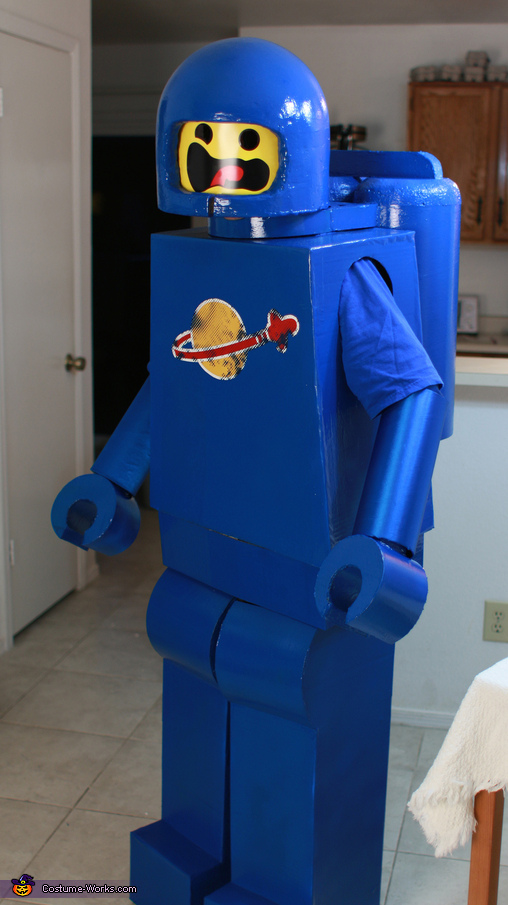 Lego Benny from The LEGO Movie

A word from Matt, the 'The LEGO Movie Benny' costume creator:

I am wearing this costume. After watching the Lego Movie, something I really identified with since I grew up playing legos in the 80s, I had the idea to make a cheesy music video with Lego Benny and some other characters. It is hilarious, because I had a Benny lego man at home that I played with, and actually I stopped playing with him, because his helmet broke, just like in the movie! and he was all smudged...just like in the movie! Since Halloween was right around the corner, I decided to make a costume that I could use for my music video as well as for Halloween. So far the comments have been incredible. I have had an overwhelming response from friends family, random facebook acquaintances. I can't wait to wear it during all the fun Halloween parties, and probably take it to ComicCon. Now it is not picnic getting into this thing, haha, I had to have my buddy help me put it on. I already have some ideas on how I could improve it, although as it is, it took easily over 40 hours to make the costume, I spent more money then I should have, haha, but it was an amazing experience, something I hope to repeat with my next Lego costume...Batman!! I also love doing How-to videos, so I documented the process of making this costume. They can be found on Youtube (How to make an AWESOME Lego Man Costume - Benny) It was a treat to blend my love of video production with my love of creation. This costume turned out pretty much exactly how I envisioned it. It is so satisfying to start with a few bits of foam and cardboard and create something that is soo darn cool!! So excited!! Thank you for your consideration!