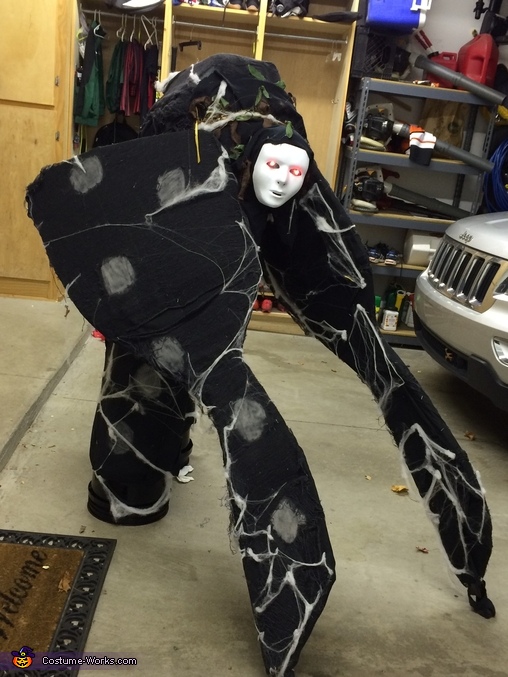 A word from Louis, the 'Stilt Spirit' costume creator:

Louis is 13 years old. He saw this character online and wanted to create for Halloween. He was given a 50$ budget and created this being using household items and 50$ in fabric/ mask. He used a glue gun and stapler as he didnt have access to sewing machine. In action it is awesome. Its head moves in an eery way and the light up eyes are so frightening. The homemade stilts add height and magnitude to the creature. Everyone gathers to see it when it appears!