Five Nights at Freddy's
by Carolina

Five Nights at Freddy's
by Tiffany 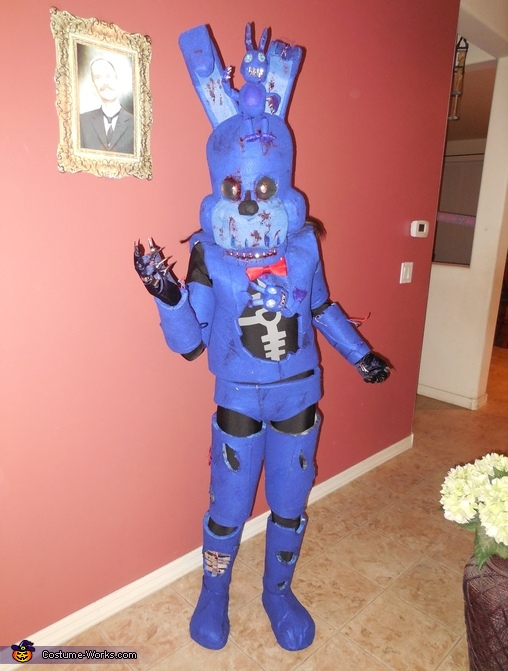 A word from Monica, the 'Nightmare Bonnie' costume creator:

My daughter Maya Mayne is wearing the costume and made it completely by herself. She did everything herself except pay for what she needed. I paid for the materials, which cost about $150. I also want to inform you that she is 13 years old. All the information seen below was written by her (steps, reactions, and experiences).