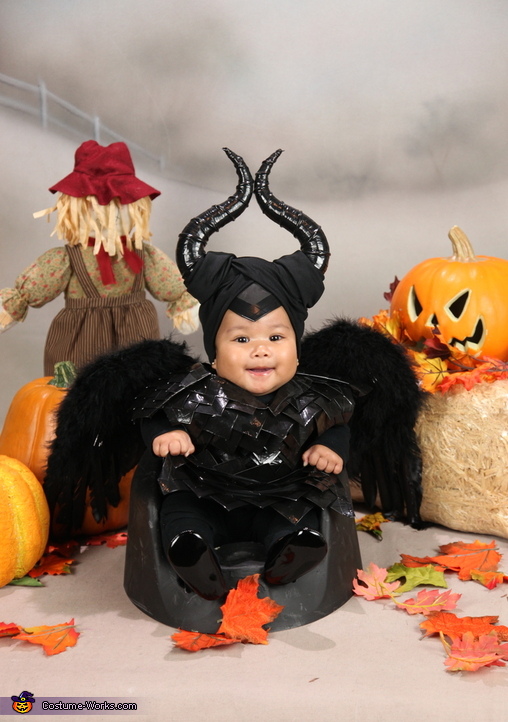 This homemade costume for babies entered our 2014 Halloween Costume Contest, in the Cutest Baby Costume nomination!

A word from Abigail, the 'Maleficent' costume creator:

Emma Budd is wearing a home made costume of Maleficent. She was 6 days old when we brought her to her first movie. We made the costume out of a piece of cloth and lots of duct tape. The horns were wrapped with twine and electrical tape. The whole costume cost approx $25. I combined all the ideas from youtube and pinterest.