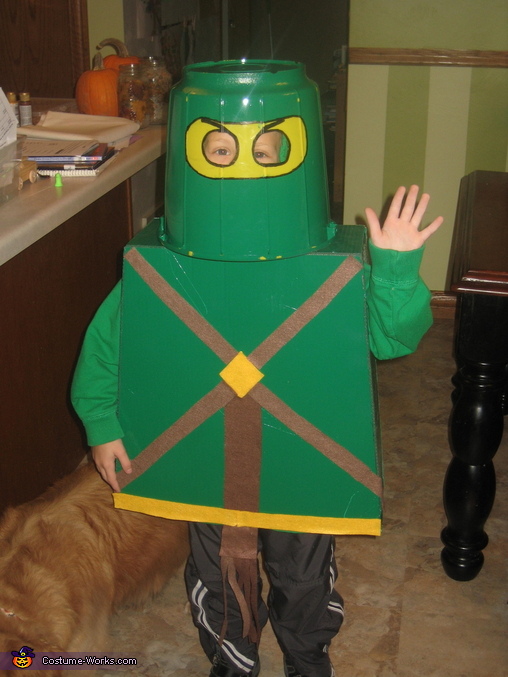 A word from Melissa, the 'Lego Ninjago' costume creator:

My 7 yr old son LOVES the new Lego Ninjago sets, especially Lloyd, the newest ninja. He really wanted to be the green ninja for Halloween this year, so I decided to make him a one of a kind Ninjago costume.

The head is a plastic sand pail I bought for $0.50 spray painted green and then I cut the eyes out using an exacto knife.

The body was a moving box cut to mimic the shape of a Lego mini figure then then hot glued at the seams. I spray painted the body with the same green as the head, then cut out the details of the ninja's suit using felt and hot glued them on. I'm pretty sure he will be the only Ninjago figure in our neighborhood this year!