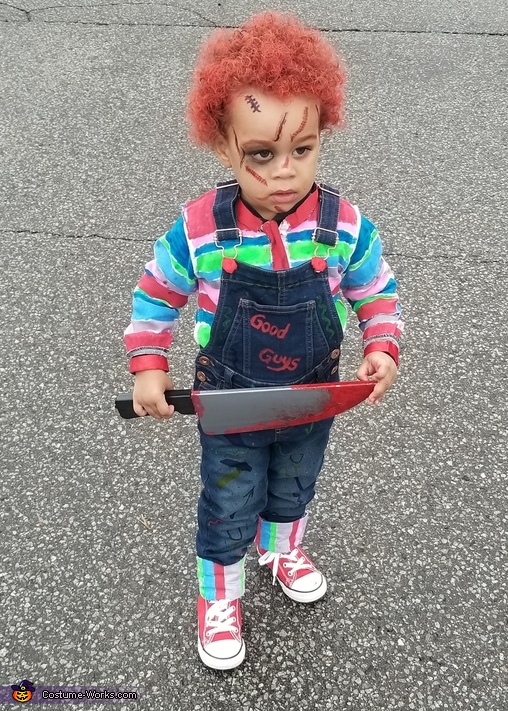 A word from Tameika, the 'Chucky' costume creator:

Baby Dominic is 24 months old and he is Chucky. The idea hit us when Dominic was 1yrs old, people kept telling us that he looks like Chucky. So, why not make him into scary Chucky, so we did just that.

I picked up the overalls at Walmart and painted it myself. I didn't wanna use a shirt because of the weather, so i used one of his sleepers, turned it inside out and painted it. His shoes are Converse, hair is sprayed in Neon Red so it will show up in the dark, his scars are tattoos i bought from Amazon,knife was from a dollar store.
Everything Turned out great!! Dominic loved his costume and so did the treaters that saw him.

P.S He got double the treats.

Overall cost for his costume was around $40cad excluding shoes.