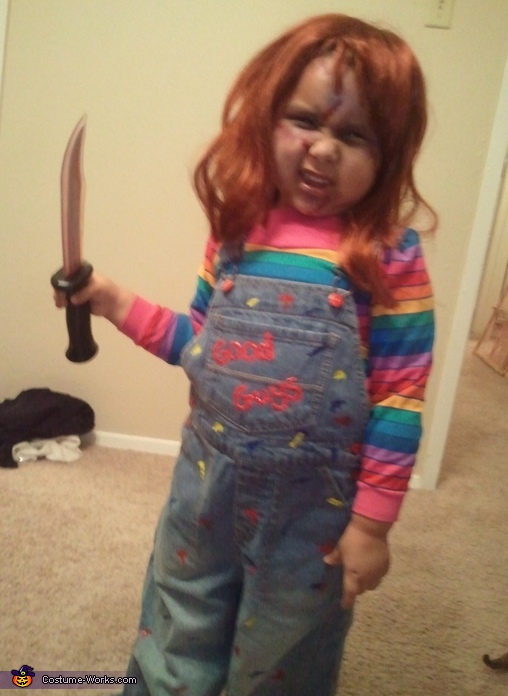 A word from Christina, the 'Child's Play' costume creator:

My 3 year old daughter is wearing this costume, She loves watching all the Childs Play movies, does not get scared at all lol. When it came time for Halloween all she wanted was to be Chucky but there were no costumes in her size. I bought overalls from a thrift store, the shirt from an online 80s vintage store and drew on the yellow, red and blue markings with fabric paint.